In 1901, the average number of books checked out at the library was 1,548 per month. Compare that to now with a total of 12,549 items checked out from the public library in September of this year! The library holds an important place in the community and we have the Cañon City Ladies Library Association to thank for the beautiful building we have today. There’s one woman in particular who should be thanked, since it was largely through her efforts that Andrew Carnegie granted money for a public library to be built. Emma Webster served as the first librarian at the new Carnegie building. Not only that, she was also in charge of providing janitorial services for a grand salary of $14 per month!

Emma was a pioneer, having moved to Cañon City with her parents in 1871. In 1882 she married Henry Clay Webster, who had moved to Colorado for his health. They were married in the Presbyterian Church which once stood on the plot of land where the Carnegie Library was later built. Emma was part of many associations including the Friends in Council of which she was a charter member. And then of course she was a member of the Cañon City Ladies Library Association!

The first meeting was held in 1886 with a total of 25 ladies who called the group the “Ladies Round Table.” The very next meeting they changed the name to the Cañon City Ladies Library Association and a book social was held to collect books. Somewhere during this time, Emma supposedly marched through town pushing a buggy full of books to show the need for a library. Originally called the Reading Room, the library’s first location was on Main Street in a rented room. The first city to receive money for a library from the Carnegie Foundation Grant was Grand Junction in 1899. It is possible Emma Webster actually traveled there, paying her own way to find out how they received that money. The ladies wrote a letter requesting the grant and in 1901, a grant of $10,000 was given provided a suitable location could be found. The old Presbyterian Church was to be vacated soon so the ladies decided on the land on Macon Avenue. An additional $3,000 was granted in addition to the original $10,000 once it was realized the cost was slightly higher than originally thought.

The library was completed in 1902. As the librarian chosen in 1900, Emma was in charge of this move; not an easy task! But from all accounts, Emma was a cheerful person who energetically threw herself into making the new library a wonderful place to visit. So thank you Emma Webster for all your work in helping Cañon City receive and enjoy a public library! Happy Birthday! 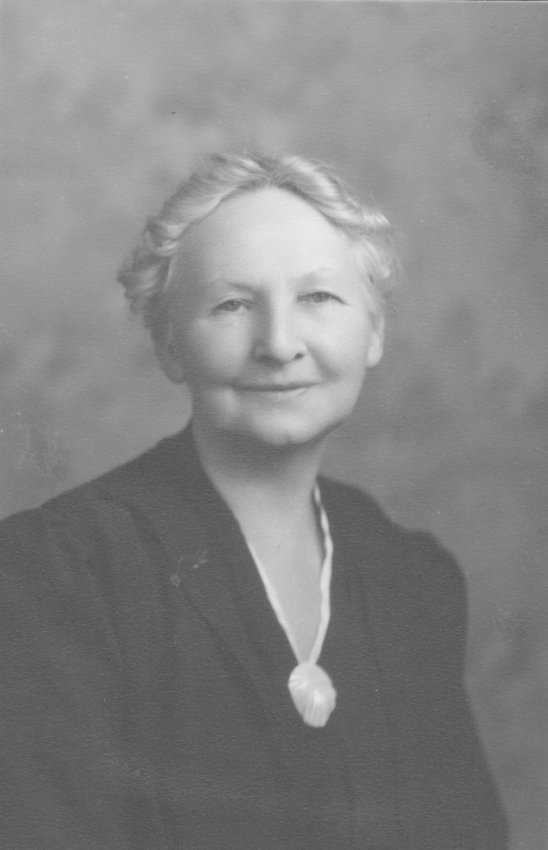 “Life is like a rug, wherein are woven the dull threads as well as those that shimmer and glow. My rug is almost completed and as I look it over I think the bright threads predominate. But there are enough of the darker threads to give the pattern a rich mellow glow. I meant to weave it well. I hope I have succeeded.” –Emma Webster

The information presented in this article is compiled using research conducted by the Royal Gorge Regional Museum and History Center.